I meant to write this two days ago when I had just completed my second Camino. But things always get crazy in Santiago. I say “always”, but really it was only my second time arriving there from a Camino. But I imagine the next time I go it’ll be the same too. 🙂

Anyway, the day we arrived there we had gotten up earlier than usual. We had a 24 km long walk into Santiago and wanted to try to get there before the pilgrim’s mass at noon. According to the official Camino sign posts, we were on target for getting there in time.

The countdown seemed right and seemed like we would actually get in a bit before the mass. All was good until I was expecting to see a Camino marker under 6km. They had been placed about every half kilometer and the closer we got, the distance between them was less. Instead of seeing one starting with a 5, we saw it jump up to 7. Talk about aggravating! We wondered if we had taken a wrong turn and ended up on one of the variations, but we hadn’t. Anyway, we arrived in Santiago as the church bell was sounding off at noon. Since we couldn’t take our backpacks into the cathedral, Rachel and I grabbed all four bags and told Nina and Justine to head in. They only got to see the tail end of the mass and didn’t get to see the Botafumeiro. This only happens once a week, or if someone pays 400 euros for it to happen. Either way, seeing the mass at the end in the beautiful cathedral makes for a good end to your Camino whether you’re religious or not. 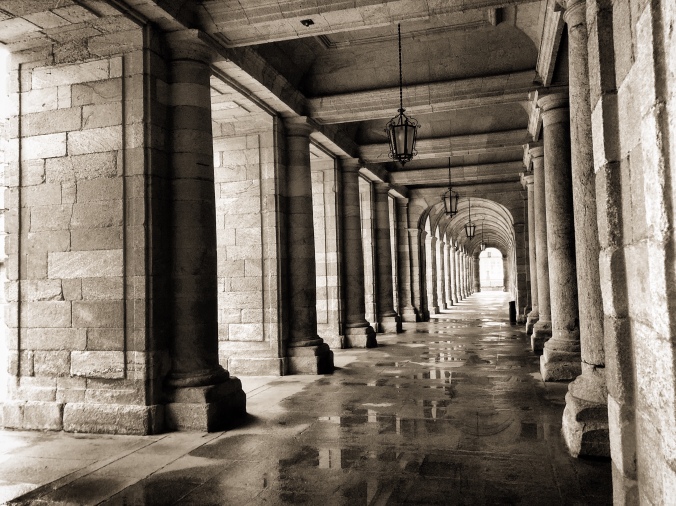 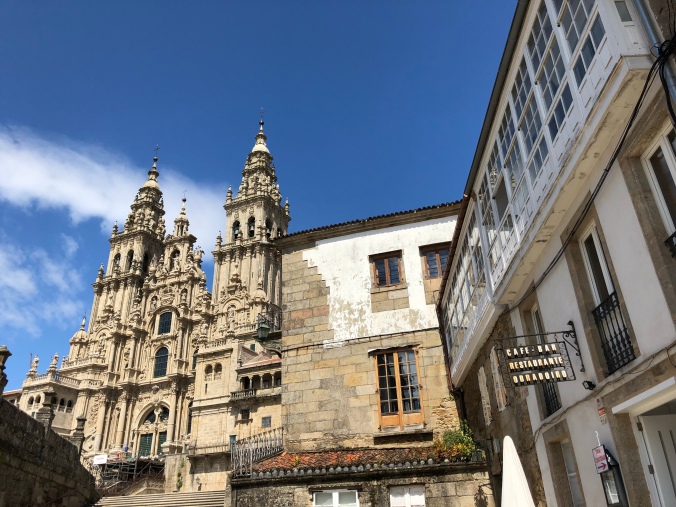 After we had all arrived we checked into our hotels and just enjoyed Santiago. It’s a pilgrim city and a tourist city. During the day the streets are packed with both. My favorite thing to see is the pilgrims just arriving…laying on the ground with friends new and old just soaking in the moment.

As my Camino family last time told me, the rooftop tour of the cathedral is amazing. Whether you’re a pilgrim or a tourist I highly recommend it if you find yourself in Santiago. Five of us went on the tour after a day of shopping and exploring. 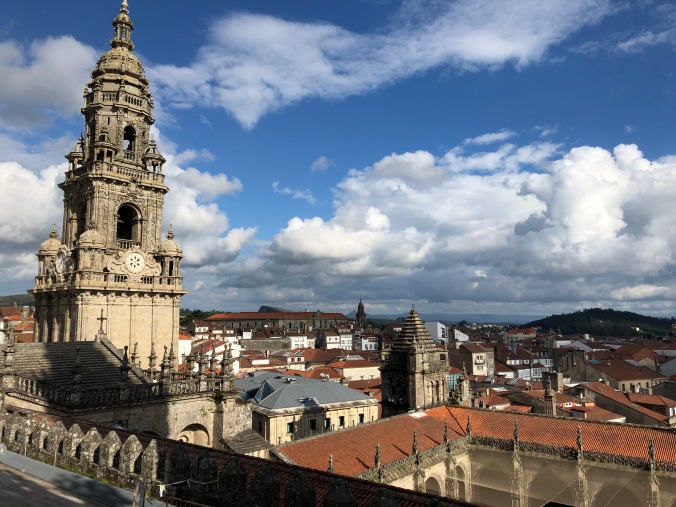 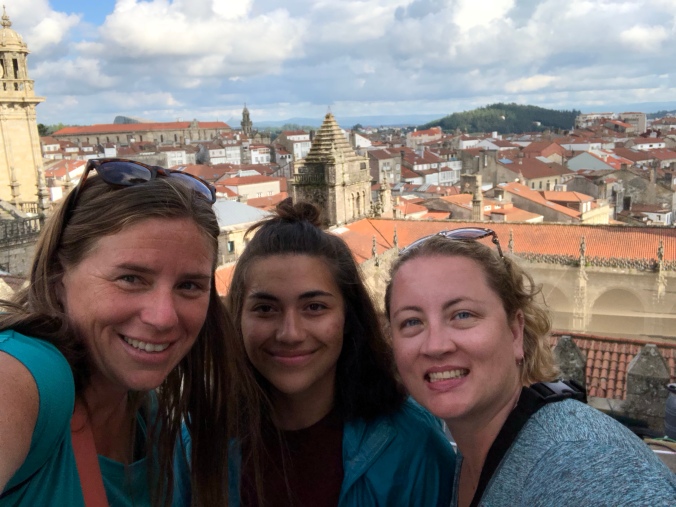 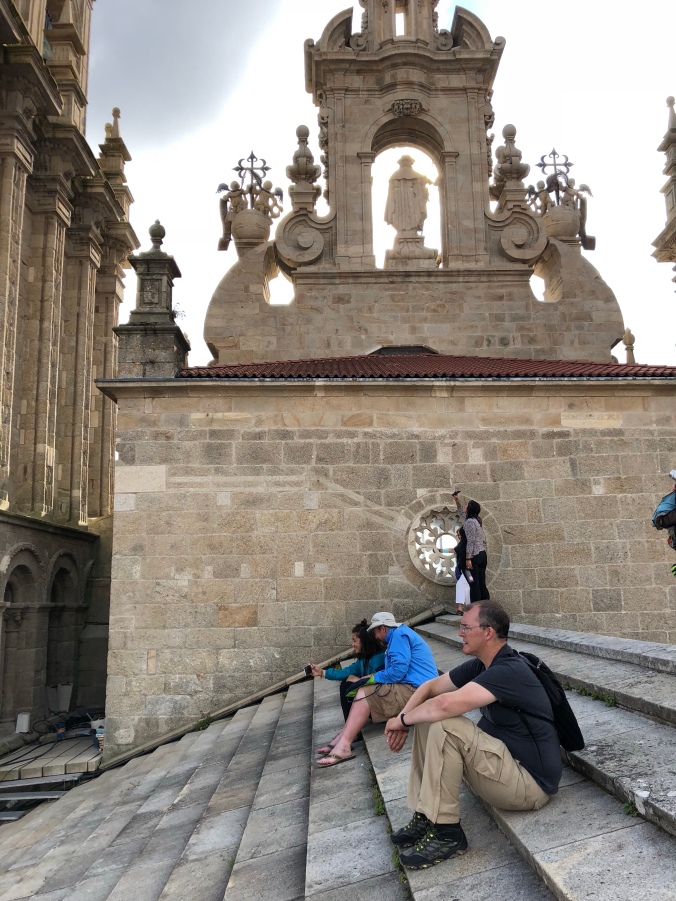 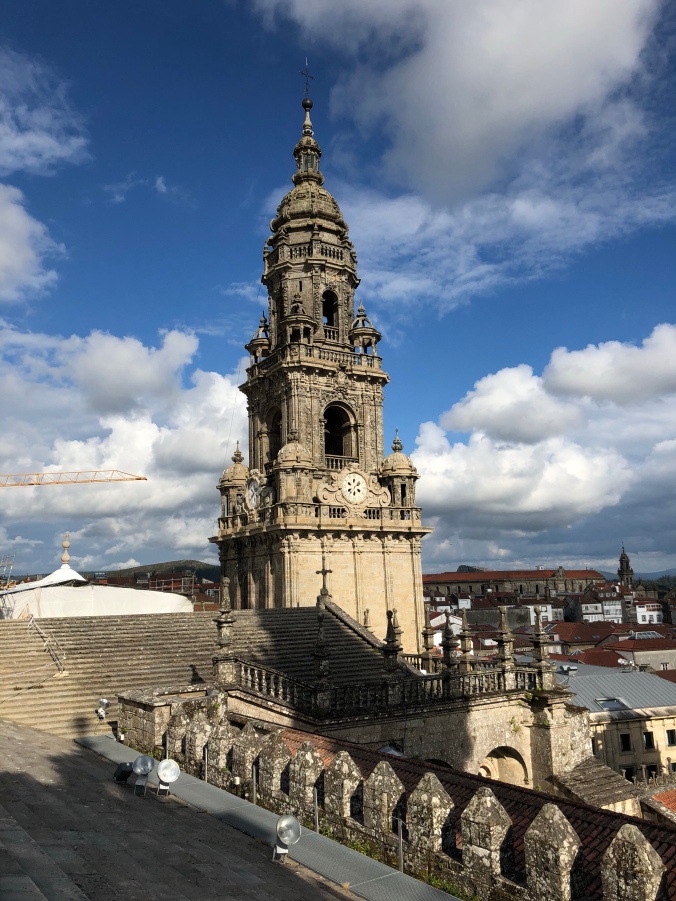 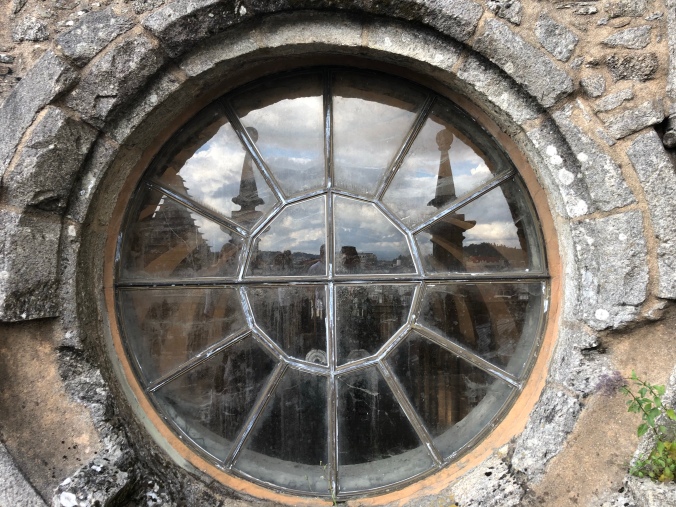 After the tour it was our last dinner together. The goodbyes are hard, but as I had learned after my first Camino, you stay in touch. Also most of this family was people I already knew, so it’ll be even easier for me to stay in touch. 🙂 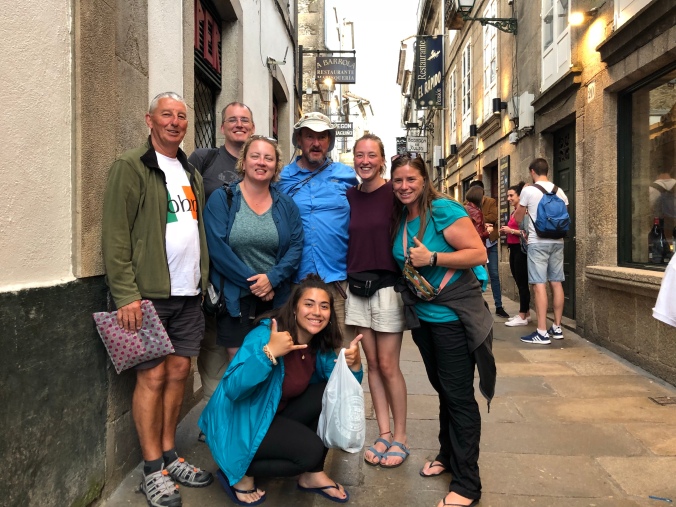 6 thoughts on “Last day of the Camino and Santiago”