There are now three broken toes and three broken ribs among our Camino family. Maurice broke his toe four weeks before heading to Spain. Laurel broke her toe a week before and last night in a very unfortunate incident, John broke a toe and three ribs. He insisted on having a top bunk even though he was offered a bottom bunk. But as I know, us Irish are stubborn people. He missed a step while trying to climb into bed around midnight and I woke up to a very loud thud. We all feared the worst at first, not knowing if he hit his head or had some internal issues. After talking to him, we knew his side was sore and we suspected broken ribs.

Maurice offered to stay behind today to help him at the hospital where he learned the damage. Adding insult to injury and joining the common theme for our group he was told his toe was broken in addition to the ribs. In my mind, John is the fittest of the bunch despite having a few decades on me so to see him in pain is heartbreaking.

My goal for today was to find us a comfortable hotel so John could try to have a better night’s sleep tonight. I know, it’s stepping away from the pilgrim lifestyle, but it’s best we all take a night off bunk beds.

Justine and I started out of Pontevedra with beautiful views of the river. It was quiet, cool and peaceful. 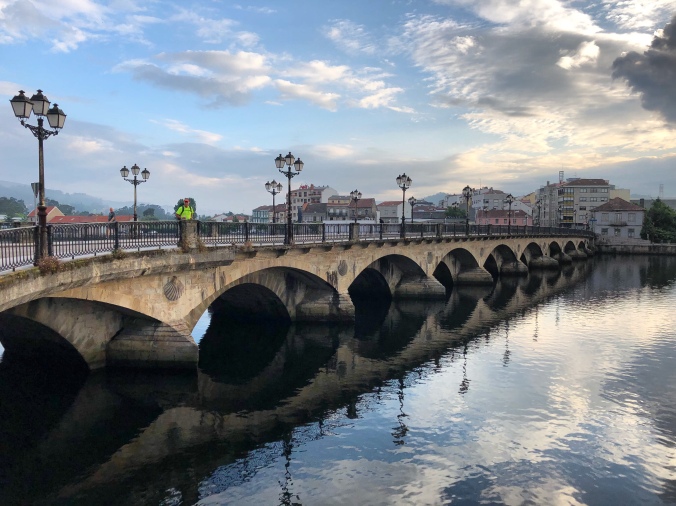 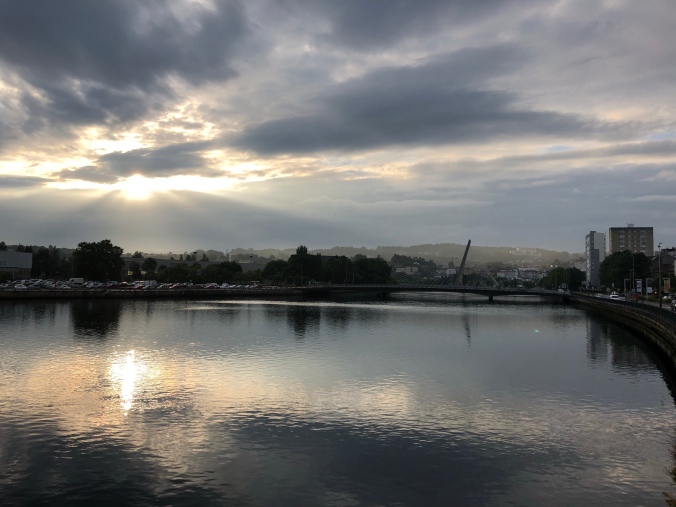 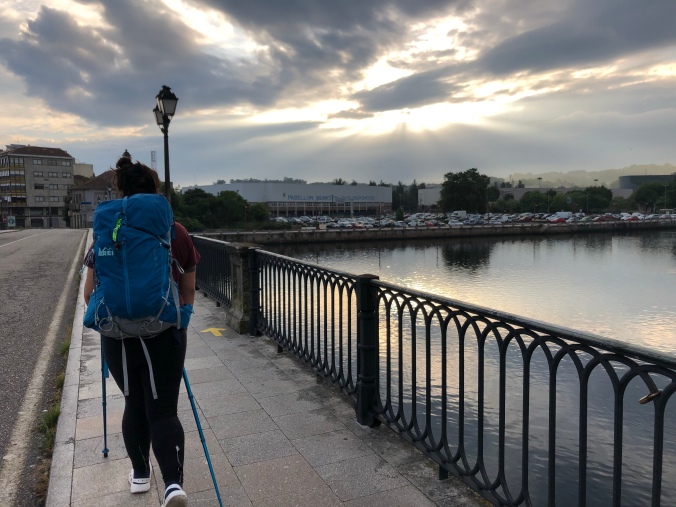 We didn’t stop a lot today, but being a short day we didn’t really need to. We kept running into our German friend Carsten so it was nice to say hello to a familiar face.

There wasn’t anything amazing about today but I really enjoyed the countryside and the forest that was straight out of a fairy tale. 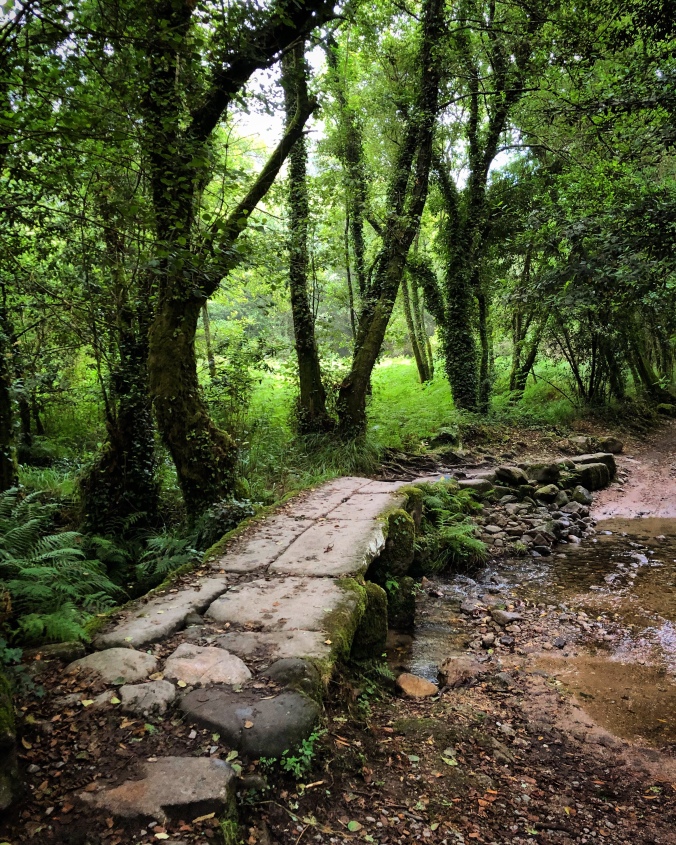 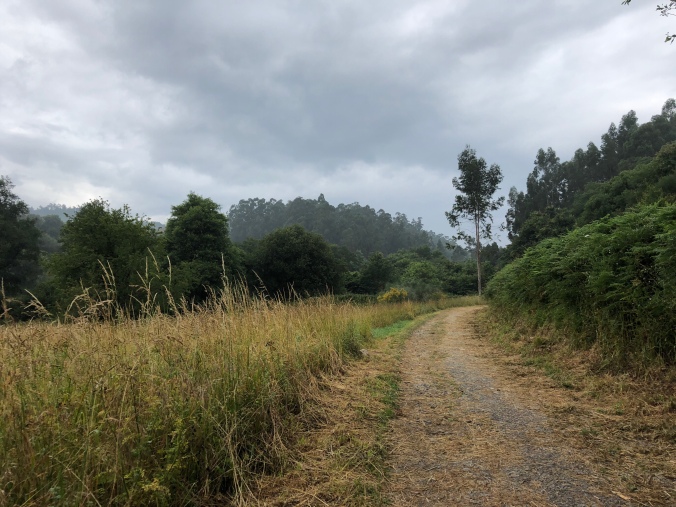 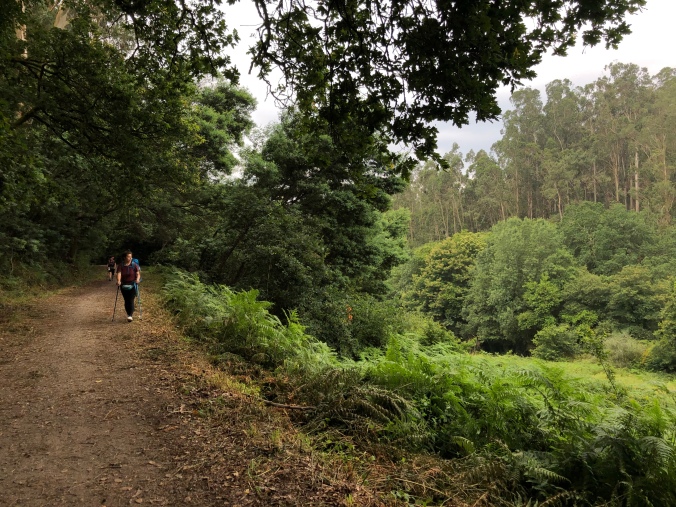 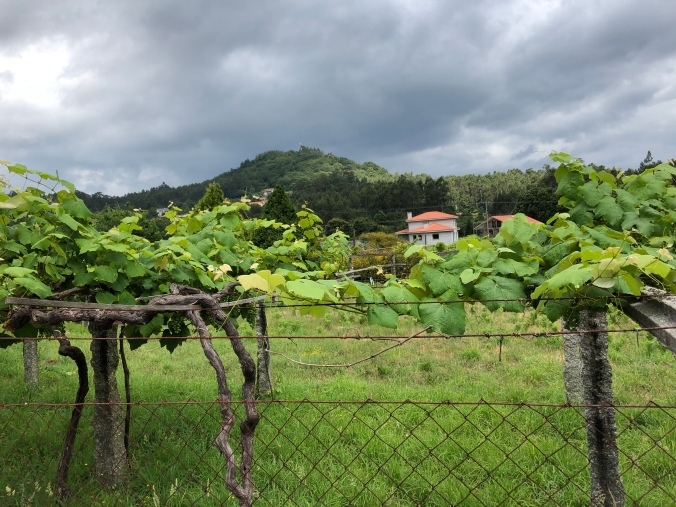 There was a geocaching power trail of about 50+ geocaches so occasionally I stopped to log some along the way. This made the day go quickly for me. The caches were placed specifically to be found on the Camino and most were fairly quick to find so it didn’t set us back time wise. 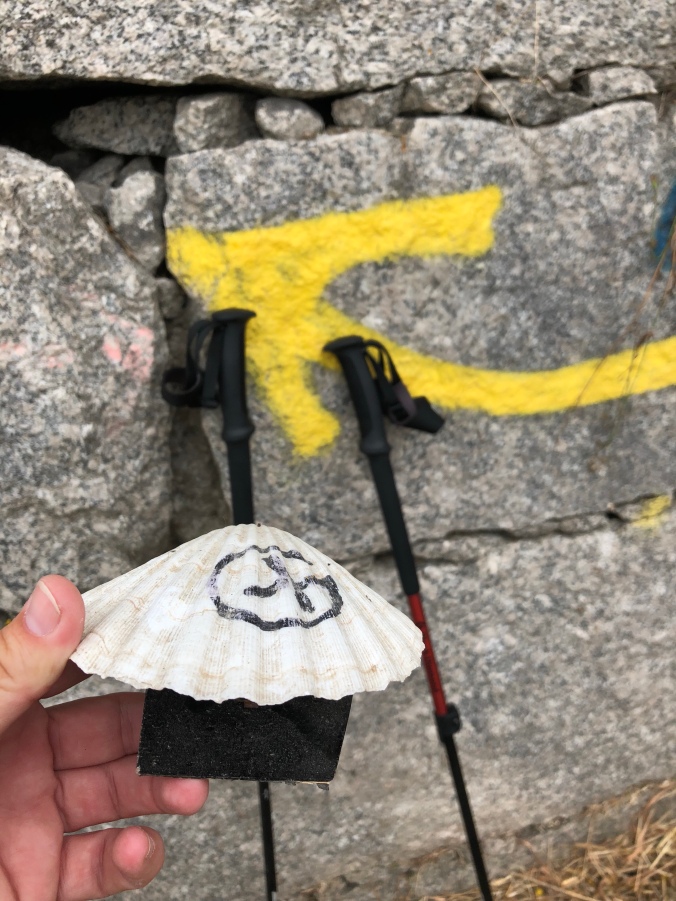 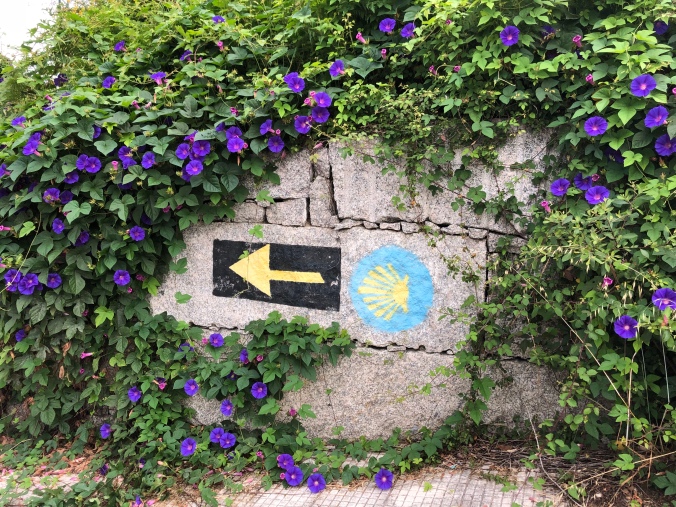 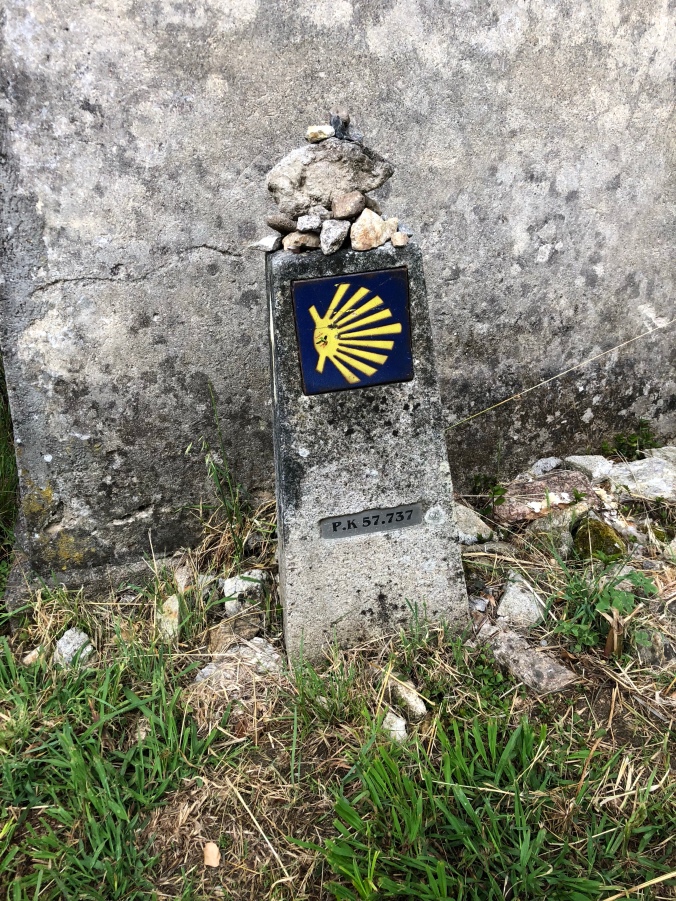 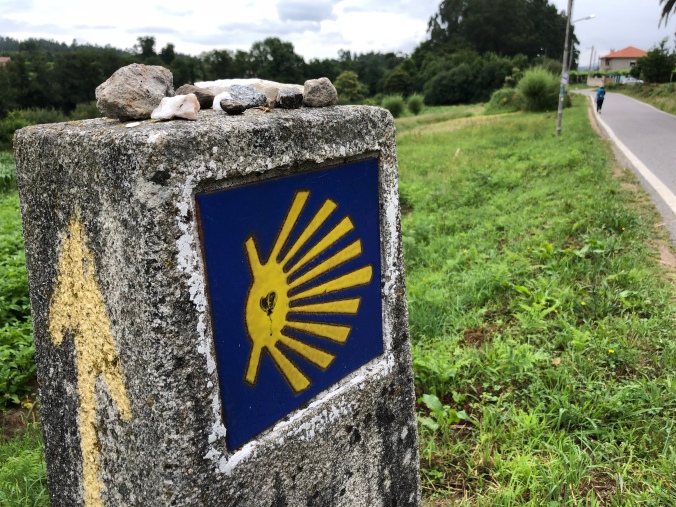 At the end of the day, Justine and I were ready to be at our destination. The rain started. The poncho came out. By the time we made it to town my feet were soaked and Justine’s crocs just weren’t doing the trick for walking in the rain. We were ready to get into somewhere dry and find food. It took some time for us to locate Maurice and John, but shortly after we did we had our hotel for the night. 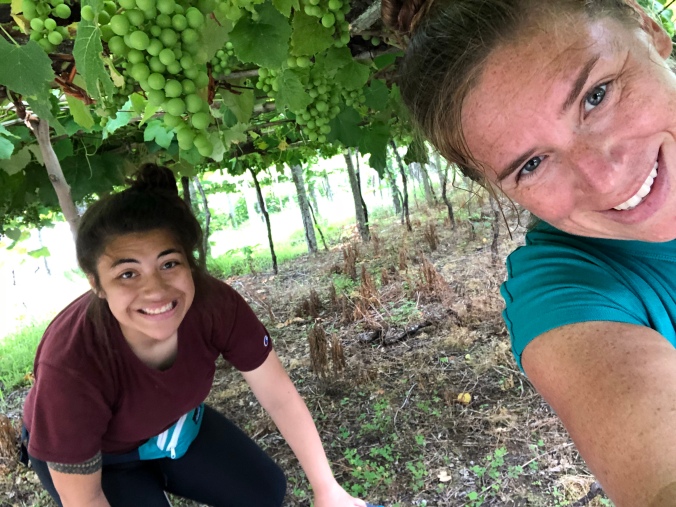 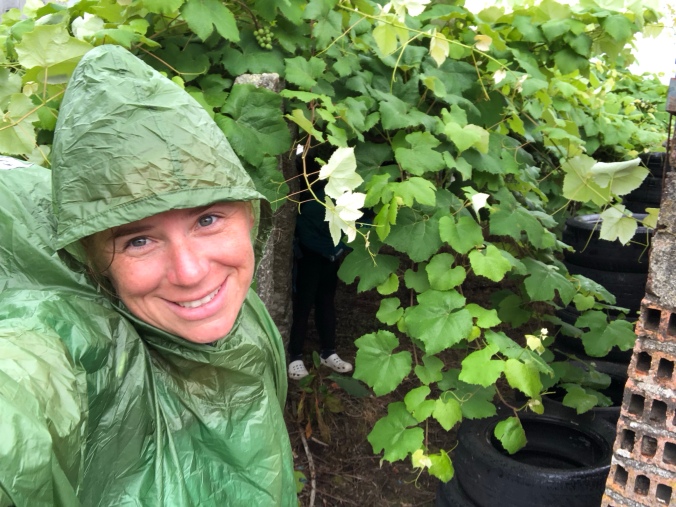 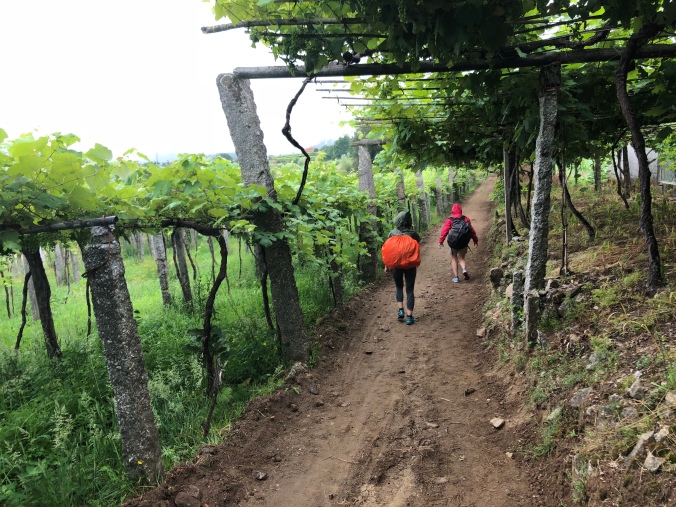 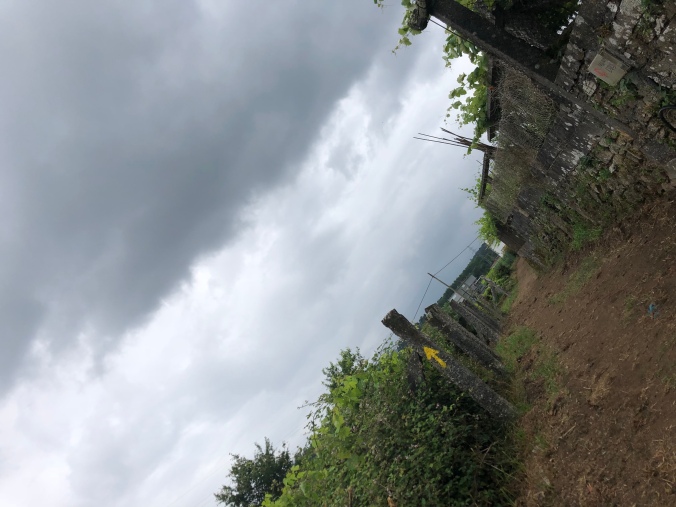 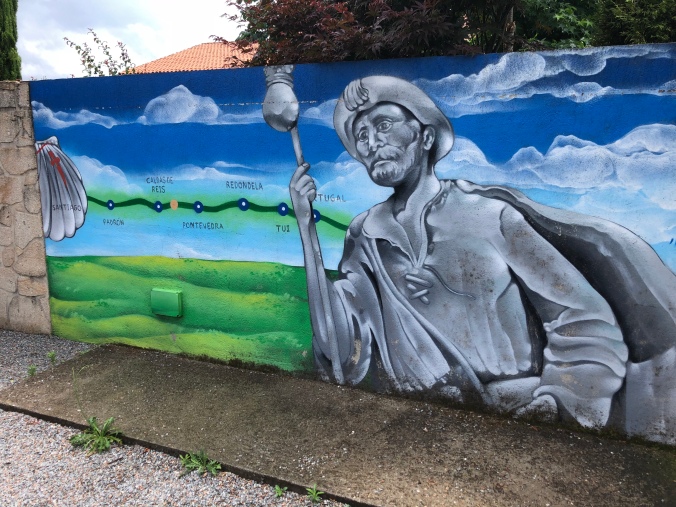 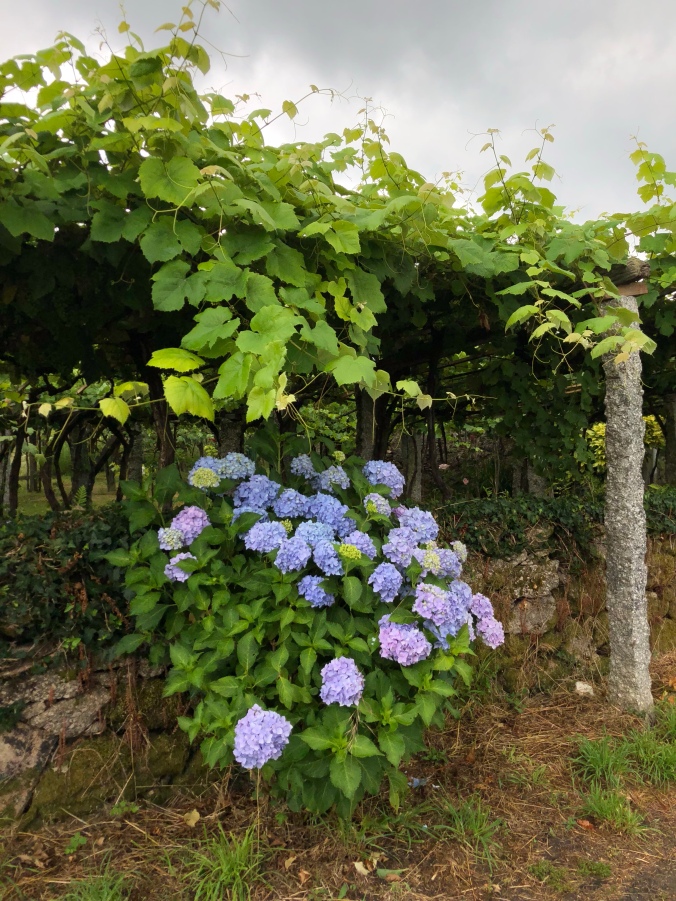 I’m now sitting in the hotel restaurant watching Spain play against Russia in the World Cup with a room full of locals. Go Spain!! 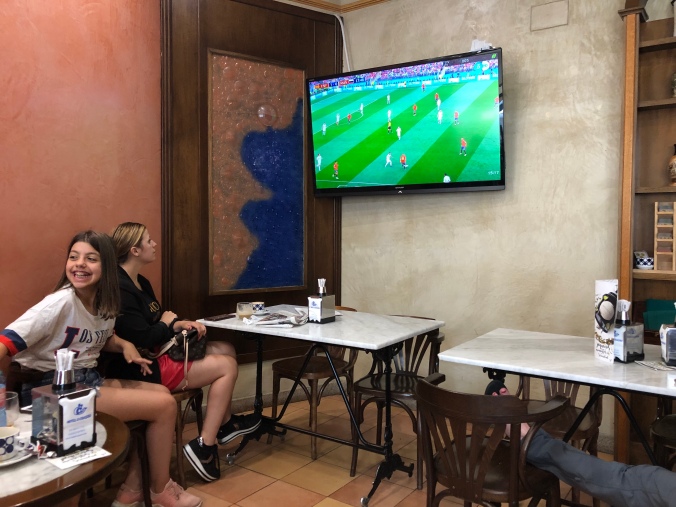